Zoom Meetings: Should You Have Some Etiquette? 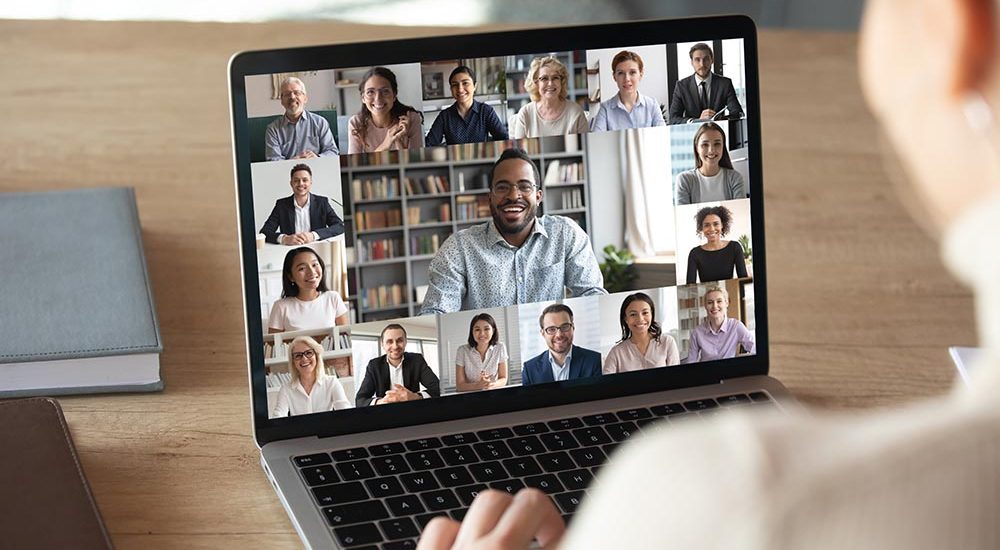 We’ve all seen countless examples of kids making unplanned entrances on BBC News Zoom interviews. And what about the Political Director who inadvertently turned herself into a potato for the duration of an important remote team meeting?

“Of all the things I could be, why a potato?” she said, understandably perplexed about Microsoft Teams’ decision to turn her into that particular root vegetable.

This is, arguably, a wonderful consequence of our increased reliance on remote collaboration in 2020. It’s a reliance that shows no signs of abating, either, with Microsoft recently reporting a new daily record of 2.7 billion meeting minutes held in one day.

The good news is that most of us are now accustomed to meeting with colleagues and customers via video conference. It has made those random kid or pet appearances and hilarious technical mishaps much more acceptable (desired, even).

It has also ushered in new etiquette with which you need to be familiar if you want to put your best foot forward during such a meeting. Here’s our ultimate guide:

If you’re asked to attend a meeting at the office (remember those?), you don’t usually walk into the room with a paper bag over your head.

Using an avatar or stock photo instead of your camera during a Zoom meeting is akin to that.

Turn the camera on. Even if you’re introverted or have had a particularly bad hair day, it doesn’t matter; others will be in the same boat, and the absence of your face will turn you into what has been coined a ‘lurker’. No one wants to be one of those.

“I’ll just make a quick cup of tea before jumping on”; how many times have you said that to yourself five minutes before a Zoom call only to rock up ten minutes late?

It’s much easier to be late to a remote meeting, but that doesn’t make it acceptable.

No one wants to recap because you weren’t there from the start. Attending remote meetings is far easier than those that take place in person. Your commute downstairs may only take two minutes, so there really are no excuses.

One of the best things about Zoom meetings is that they’re devoid of the time wasting that often takes place before and after in-person get togethers.

There’s no shuffling of papers, or people dashing back to their office to collect the report they forgot. Generally speaking, after a couple of niceties, you’re into the meat of the agenda when it comes to Zoom meetings.

This means you need to come prepared, so make sure you spend a good few minutes beforehand gathering your notes, research, and any questions you need to ask.

Let there be light

If you’re sat in a dark room with next to no light cast onto your face, you’ll appear as a slightly spooky silhouette to everyone else.

This will probably result in a few comments aimed your way, and it’s no different from leaving your avatar on.

Always undertake Zoom calls in a well-lit room and ensure people can see you – just as they would at the office.

Working from home has its benefits when it comes to dressing comfortably, but meetings should be taken as seriously as they are in the office.

Don’t turn up in your pyjamas (or worse). Dressing more professionally for Zoom meetings might feel odd at first, but in time, it’ll make them feel far more normal – plus it’ll ensure you give the right impression for those in attendance. If you need to compromise, how about a smart top and some comfy trousers that no one will see?!

Think about your backdrop

Finding a suitable room at home in which to conduct Zoom calls isn’t always that easy.

This is why it’s so important to consider your backdrop carefully. Generally speaking, it’s best to go simple; a plain wall, if possible, works wonders.

If you don’t have that option, just make sure there’s nothing on display behind you which is deeply personal, or which might inadvertently cause offence. Thankfully, most platforms give the option for a virtual backdrop if your computer is good enough – just make sure you choose something appropriate!

Look at the camera

Yep, this feels weird to begin with, but rather than looking at yourself while talking (hey, we all do it), try and get used to addressing the camera when it’s your turn to talk. Lift the camera up to eye height so you look professional rather than peering down on your colleagues.

Zoom calls often make you feel like you can get away with a lot more than you could if you were in the office.

Avoid this at all costs. While it’s true that you can do stuff without others realising, you may be caught off-guard if suddenly addressed and your mind was previously elsewhere.

It’s important to be professional and considerate on Zoom meetings, so:

Zoom calls are now part of modern day life, and are likely to be for the foreseeable future. If that’s causing you a few technical headaches, remember that you can talk to the Compex IT team whenever you need help.