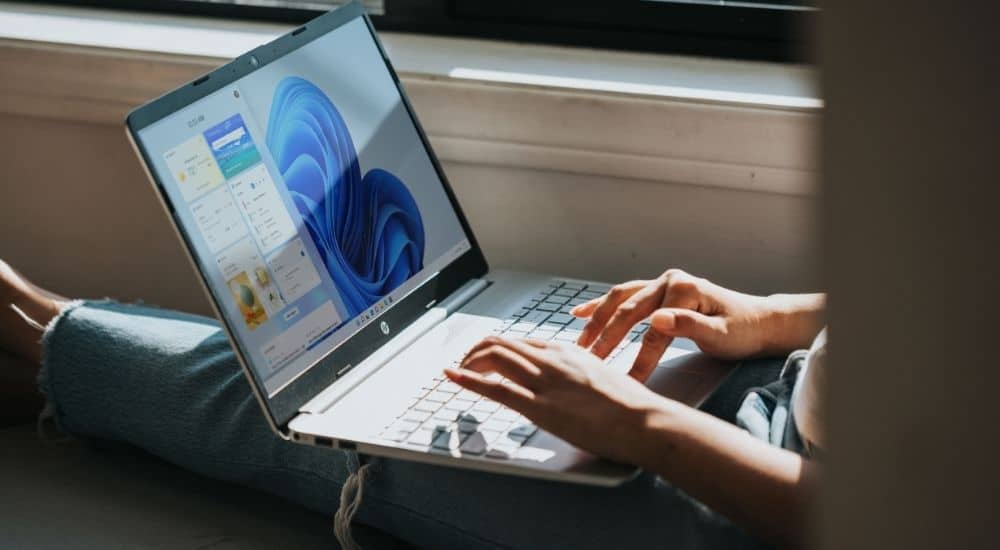 The wait is finally over – Windows 11 is here, and the best news is that most users can upgrade for free from an existing Windows 10 license (there are exceptions, of course).

Of course, if you’re a Compex IT client and have any questions on how to upgrade (or even if you should upgrade), our team is only a call away.

Windows 11 is a big upgrade – and the first big leap for Microsoft’s operating system in over six years.

During that time, the way we use our computers at both home and work has changed considerably, and this update reflects these changes by adapting to our new style of working.

It also comes with a pretty new interface and many exciting new features.

With the stylish new look and boatload of new features comes a bunch of new tools that we can’t wait for everyone to get their hands on.

Here are five Windows 11 features we’re most excited about and which we think will benefit business owners the most.

Over the last 18 months, the way that we work has changed dramatically.

As a result, Microsoft Teams has been worth its weight in gold, and Microsoft knows it. This is undoubtedly why Windows 11 updates sees Teams being integrated directly into the OS, meaning you’ll be able to access it from the taskbar.

It’s a simple change, but one which illustrates how much Teams means to Microsoft and how easily accessible it needs to be for all of us on a daily basis. The net result is a much quicker way to access the conversations that matter to you.

2. Your desktop on any Windows 11 device

Windows 11 offers much better virtual desktop support, which means you can access your profile on any device that’s running Windows 11, no matter where you are in the world.

This of course makes it even easier to get stuff done wherever you are. But it is also excellent news for people who spend time hot desking, along with hybrid workers, and anyone who regularly switches between personal and work profiles.

Although widgets aren’t new, they’ve been given a serious makeover in Windows 11, and they’re now instantly accessible directly from your taskbar.

You’ll even be able to personalise them, making it simpler to access the widgets you need at a click.

It’s early days for Windows 11 widgets, but there’s great support for third-party developers, so expect to see your favourite apps and services make use of that space on the left-hand side of your screen very soon indeed.

Windows 11 will support Android apps. We bet you weren’t expecting that!

Gone are the days when you had to make do with the limited selection of apps on offer on the Microsoft Store. Now, you’ll be able to use the Amazon App store to access a huge range of apps that run directly on Windows 11.

Of course, you might not want your team to freely install Android apps on their computers. This is something we can discuss with you, to help you make the right decision for your business and its users.

One of the main focuses of the Windows 11 upgrade – and one we’re acutely aware of – is better security. Indeed, this has been highlighted consistently in blogs from Microsoft themselves.

Security features such as hardware-based isolation, secure boot, and hypervisor code integrity are automatically enabled after installing the operating system. Additionally, programs such as Windows Hello and virtualization-based security have been added – all for the benefit of users and protection against cyberthreats.

It appears to be working, too. Initial Microsoft tests on their new security features found that malware was reduced by a staggering 60%.

To upgrade to Windows 11, the new operating system requires a particular level of hardware – including an 8th generation Intel processor or newer, or at least AMD’s Zen 2 series. Additionally, devices must have a TPM 2.0 chip, which has many physical security features that make it difficult to tamper with.

If you need help moving to Windows 11, or just to check you’ve got everything covered and backed up before you get going, just get in touch with the brilliant Compex IT team!