Coronavirus: How Will it Change the Modern Workplace? - Compex IT

Coronavirus: How Will it Change the Modern Workplace? 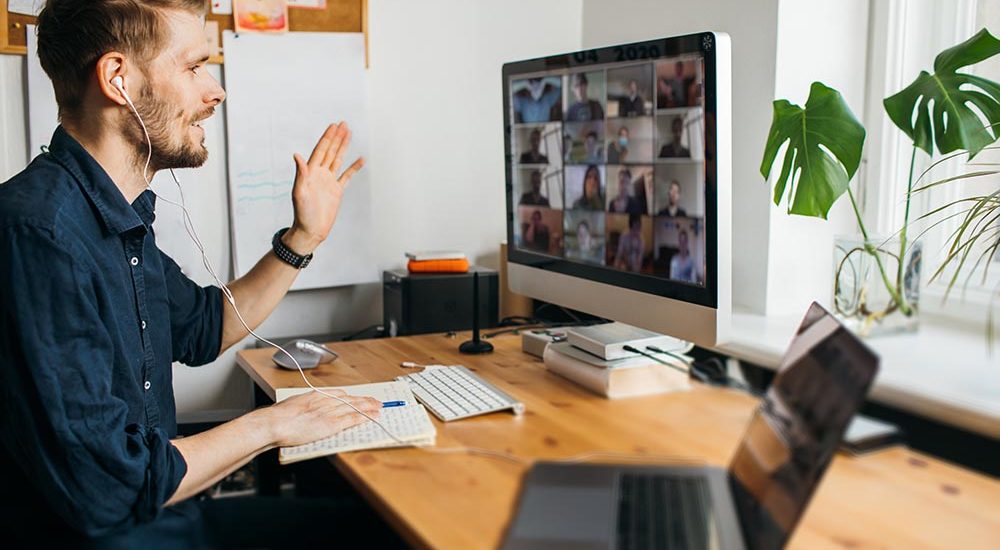 Microsoft thinks the COVID-19 pandemic and lockdown period will “forever change the way we work and learn“.

During the lockdown period, people started to embrace new ways to live, both personally and professionally. Social distancing forced remote working and learning. Rather quickly, it became the ‘new normal’.

Microsoft believes the changes have been comprehensive enough to encourage two years’ worth of digital transformation in just two months. This claim was made during their Q3 2020 earnings report which revealed a 15% year-on-year revenue increase for the tech giant.

We think they’re onto something.

Why remote working was a bit of a mess pre-pandemic

Last year, a survey revealed that less than a third of employees were happy with their employer’s approach to technology.

The findings were pretty alarming:

It really doesn’t have to be like this! It’s just a shame it took a pandemic to force so many companies into digital change.

Technology has long played a vital role in most of our lives, but COVID-19 has revealed it as perhaps the greatest enabler of all when things go terribly wrong.

Imagine the lockdown without Skype, Teams, or Zoom. It would have arguably been much harder, leaving us bereft of human contact beyond the telephone. These digital tools enable us to get office-based work done wherever we happen to be and keep in touch almost tangibly with the people who matter.

For many businesses, this has enabled their teams to become more efficient without losing out on collaboration or communication.

It has required some serious rethinking, though. Let’s look at two aspects of tech adoption resulting from COVID-19:

Tech-enabled employment is a term you’ll probably hear far more often from now on. And that’s good news, because it means there’s now a far greater appreciation of the efficiency and productivity gains that can be made from enabling remote work.

Anyone who know us will know we’re big fans of Microsoft Teams.

As we expected, Teams has played a huge role during the coronavirus crisis. In April, more than 200 million Teams users were registered on the platform during a single day, racking up over 4 billion meeting minutes between them.

If you’re yet to use Teams, you’re missing out on a tool that does far more than offer online chat and video. It enables remote workers to call each other, meet, collaborate, share files, and co-edit content – features which make it a hub for great teamwork.

It’s also ridiculously easy to use and comes as standard with most Microsoft 365 subscriptions. As you’d expect, that also results in Teams being compatible with apps like Word, Excel and Power BI, along with lots of other third-party software.

How ready is your business?

No one is suggesting that digital transformation is easy. But if Microsoft is right and there really has been a forced adoption during lockdown, that might make it far easier for businesses going forward.

However, the challenge for many will be adopting a hybrid approach with some staff in the office and others working remotely. What problems will those businesses face with this form of distributed workforce?

If this looks like your future and you’ve still got more questions than answers for your own organisation’s tech-enabled employment, just get in touch with the Compex IT team; we’d love to hear your story.

How has your business been treated by your IT company during lockdown? 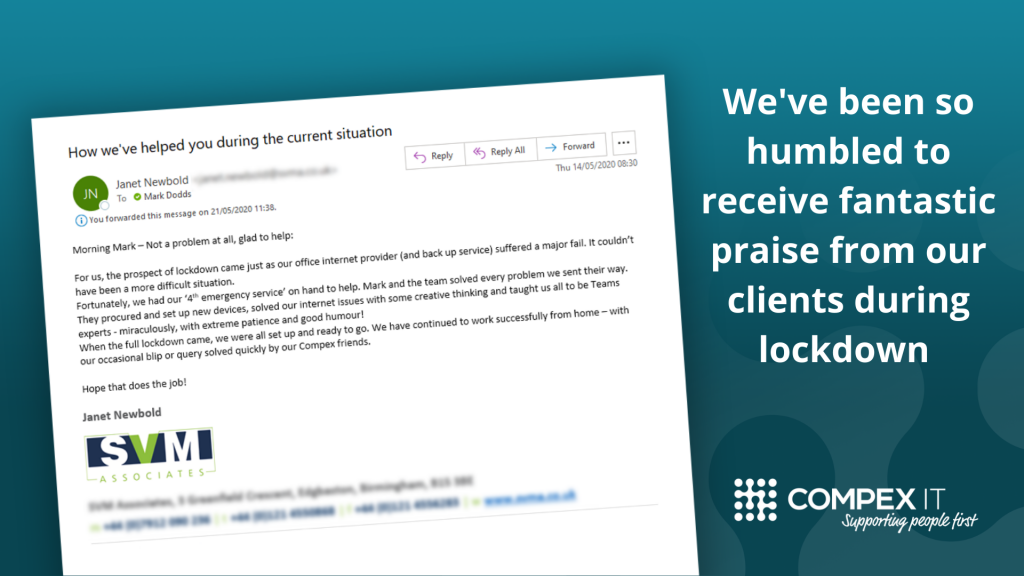 This is how you should have been treated